Perhaps the most notable of these was Nick’s official confirmation that his brother Joe Jonas is in fact dating model Gigi Hadid. When E!’s interviewer stated that “Gigi is now dating your brother Joe,” Nick responded matter-of-factly, “It’s true.” He then went on to provide a little more personal perspective on the relationship.
“I like them together. It’s a good thing,” Nick explained. “Joe and I are best friends. We’re each other’s support system and closest friends, so naturally I’m gonna see a lot of her because they’re together and it’s great. I’m really happy for them. I think they seem very happy together and it’s good.”

Joe also posted the above picture on his Instagram.

A new, full trailer for Zendaya and Spencer‘s upcoming DCOM, Zapped, was just released — watch it below!

Zapped centers on 16 year-old Zoey Stevens (Zendaya), a skilled dancer and straight-A student who is having a hard time adjusting to a new high school, a new and klutzy dance squad, a new step-dad, three new rowdy step-brothers and an unruly dog. But things change when a dog training app on her smart phone begins to somehow control all the boys around her. 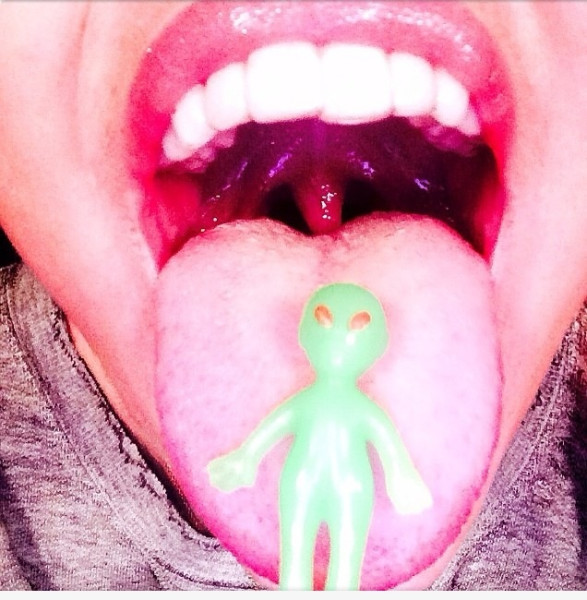 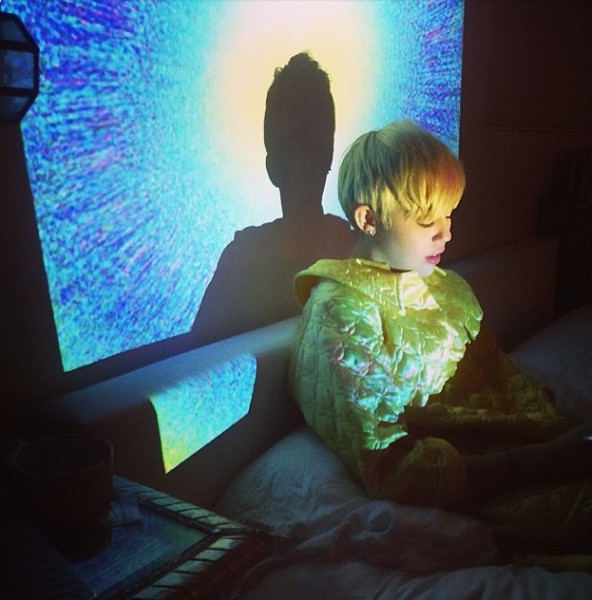 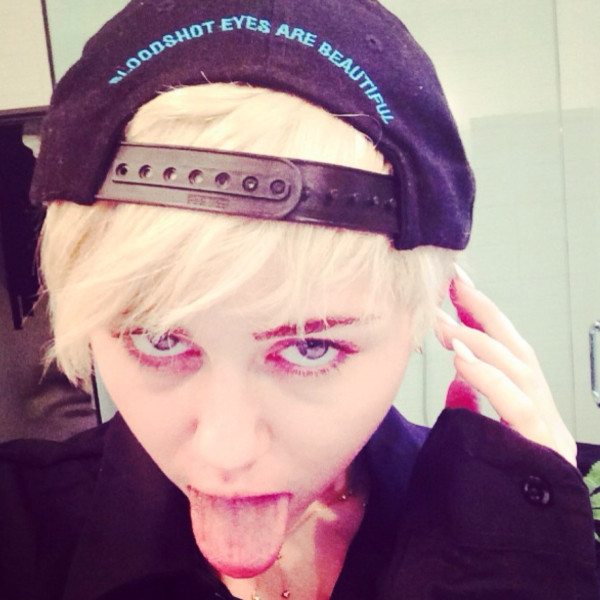 Miley is out of the hospital and seems to be doing better. She's filming a video for her LITSWD cover with Wayne Coyne from the flaming lips.


Sounds almost identical to Xtina's "Intuition" in some parts, damn... 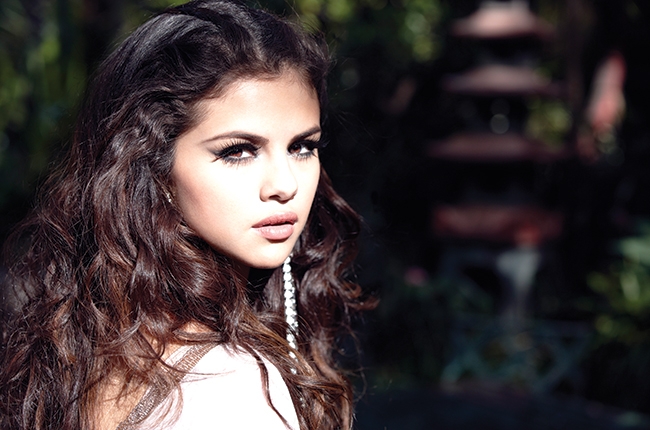 "Selena Gomez has found a new representation team. After she relieved her mother and stepfather of their managerial duties in early March, The Hollywood Reporter has confirmed that the actress and singer, who previously was with CAA, has signed with WME as well as Brillstein for management.

The rep changes are a crucial piece of the Disney alum's strategy, long in the works, to move on into more adult-oriented fare in film and music. After getting her start on the Disney Channel's Wizards of Waverly Place, Gomez recently starred in Harmony Korine's girls-gone-wild crime drama Spring Breakers, and as a mysterious street urchin in the action thriller Getaway, opposite Ethan Hawke.

Gomez, 21, recently completed shooting on the comedy Behaving Badly opposite Nat Wolff and Mary-Louise Parker and appeared opposite Billy Crudup in the musical dramedy Rudderless, William H. Macy's directorial debut. Her other screen credits include Hotel Transylvania and Monte Carlo.

Gomez's first solo album, Stars Dance, debuted at No. 1 on the Billboard 200 last summer on the strength of triple-platinum lead single "Come & Get It." She previously released three albums as part of her band, Selena Gomez & The Scene, all on Disney's Hollywood Records." 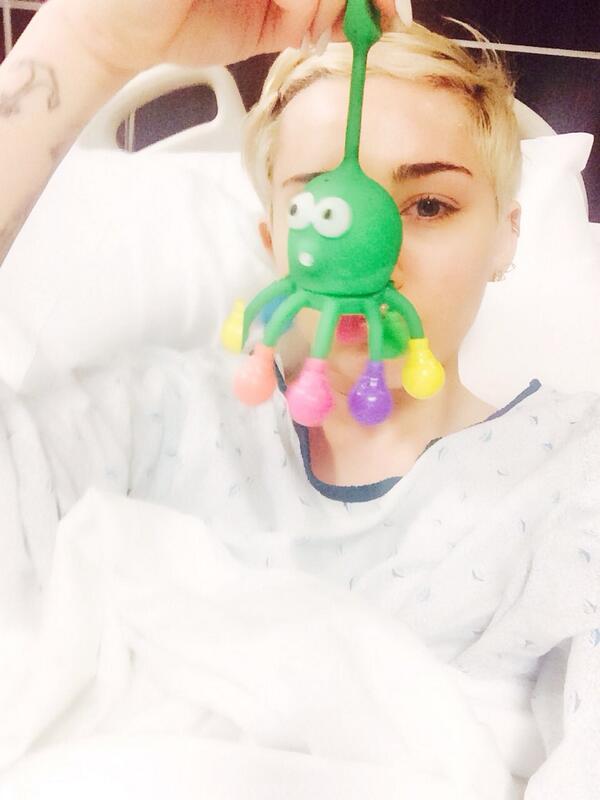 "Doctors ordered Miley Cyrus to stay in a Kansas City hospital a second day after she suffered "a severe allergic reaction to antibiotics," the singer tweeted Wednesday.

"Im so sorry but somethings are outta my control," Cyrus said in a tweet apparently sent from her hospital bed Wednesday.

Cyrus, 21, told fans she would have to cancel her "Bangerz" tour concert at the Scottrade Center in St. Louis set for Wednesday night.

"I can't get a hold of my team because it is so early so I want to be the one to tell my fans especially the ones trekking to get there(tbc)" one tweet said.

Cyrus also tweeted what appeared to be a reaction to reports that her hospitalization was related to something other than her recent bout with the flu. "humans can b so selfish. if any1 thinks id rather b layin n a hospital bed than doing what i love on stage theyre f--kin LAME. Miserable"

Her Tuesday night concert at the Sprint Center in Kansas City, Missouri, was canceled when she was hospitalized that afternoon, according to a statement from the arena.

"Cyrus has been hospitalized for a severe allergic reaction to antibiotics and has been placed on medical rest by her doctors," the statement said. "She will not be able to perform as scheduled."

"Kansas I promise Im as (heartbroken) as you are. I wanted so badly 2 b there 2night. Not being with yall makes me feel s--ttier than I already do," she wrote in a Twitter message to fans Tuesday afternoon.
"Mr. Octopussy & some amazing Drs are taking good care of me," Cyrus wrote in tweet that included a photo of her in a hospital bed wearing a gown.She was holding a green octopus toy in front of her face.
Cyrus fell ill with the flu earlier this month, causing the cancellation of a concert in Charlotte, North Carolina."

i love that this source is cnn 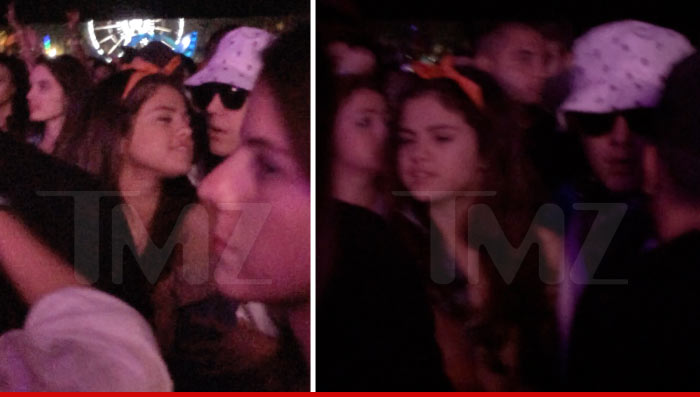 Even Justin Bieber's hideous hat choices can't keep Selena Gomez away -- the two got up close and personal at Coachella this weekend, despite the fact that Bieber was literally dressed like a newborn baby at the beach.

Wearing sunglasses and a bonnet, Bieber stood beside Gomez during Jhene Aiko's set on Sunday -- and we're told they were hanging together all day. At one point, we're told Selena was sitting on Justin's lap. 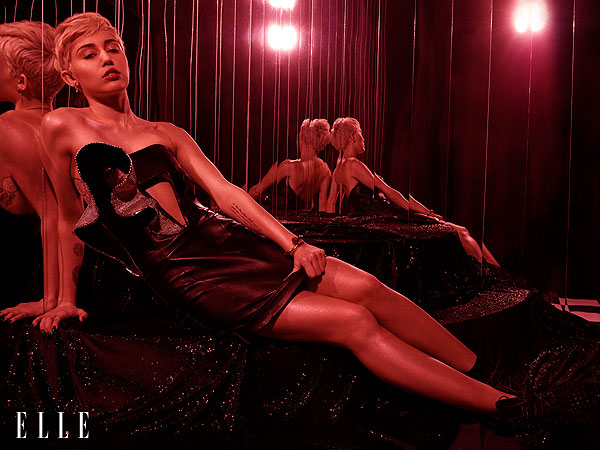 "Miley Cyrus, 21, has been asserting her independence through various means for some time now. She’s cut her hair, lost her pants, ended things with her fiancé and taken off on a wild world tour. And, she says in the May issue of Elle magazine, all this rebelling is starting to pay off.

In an interview with 17-year-old Rookie magazine editor (and fellow widely watched teen) Tavi Gevinson, Cyrus explains that she’s grateful for growing pains in leaving Disney and ending things with fiancé Liam Hemsworth, because it helped her get to where she is today.

“When I was with [Liam] or when I was on Disney, the thing that gave me the most anxiety was not knowing what to do with myself when Disney wasn’t there to carry me anymore or if I didn’t have him,” she said. “And now I’m free of both of those things, and I’m fine. Like, I lay in bed at night by myself and I’m totally okay, and that’s so much stronger than the person three years ago, who would have thought they would have died if they didn’t have a boyfriend.”"

@selenagomez: Yay!! Thank you KCAs, all the kiddies and my die hard franz for voting. Happy girl. Now I want sushi. I LOVE you more than you can understand ☺❤