Selena Gomez on the cover of Seventeen, the 'Most Powerful Girl Under 21' 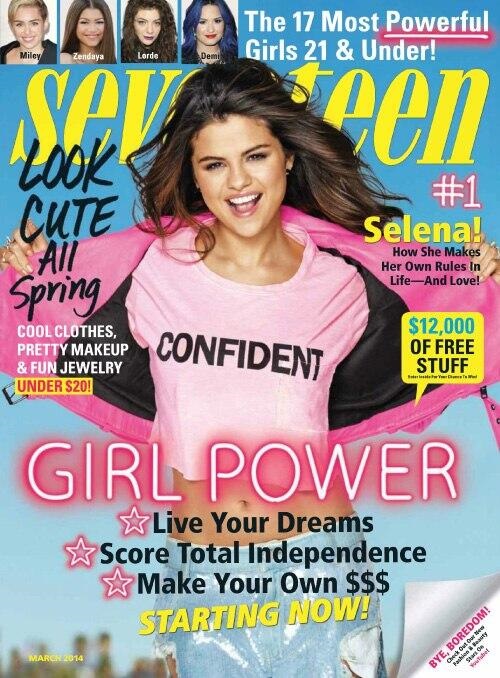 On her love of Taylor Swift and Demi Lovato:
“Some girls will drop you in five seconds for the right guy. That’s not how it’s suppose to be. That’s why I love Demi and Taylor [Swift] – they support females and love to have that empowerment!”

On what Demi Lovato taught her:
“You can’t be afraid of what people are going to say, because you’re never going to make everyone happy. Girls are scared of saying what they want. So when you don’t like something, you have to say it. Demi taught me that.”

On her own power song:
“I love my song “Who Says”. It’s my anthem for girls.”