"It's almost time for the 2014 MTV Movie Awards, and somehow, things just got even more exciting.

Your esteemed co-hosts will be at the head of the Movie Awards red carpet, helping you get as close as possible to your favorite stars and getting exclusive interviews with every presenter, performer and nominee before the show begins, while designer Rachel Antonoff will guide you through the stars' fashion for MTV Style's Red Carpet Report.

As if that wasn't enough, they'll also be presenting an exclusive clip from the highly anticipated film "The Fault In Our Stars," starring Tris herself, Shailene Woodley.

So, remember to stick with MTV for all your pre-show needs before the 2014 MTV Movie Awards, hosted by Conan O'Brien, begin immediately afterward, this Sunday at 9 p.m. ET.

In case you missed it, Kathy Griffin recently made a dig at Demi Lovato on Twitter, answering a fan's question of, "biggest douche celebrity you've met?" with "Probably Debbie Lovato Plus she should calm the f down bout Lady Gaga gettin barfed on."

Debbie responded in kind with the following:

@ddlovato: Only a “douche” to people I can’t stand

It seems her team has since deleted the tweet, and Kathy's can no longer be found either. Hmmm... 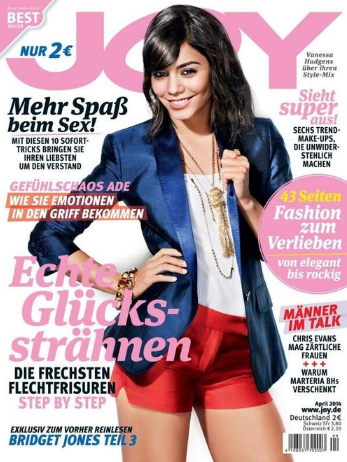 Vanessa Hudgens doesn’t unnecessarily worry about what the future holds.
The 25-year-old actress puts up a fearless front and works tirelessly on her career, which includes flicks such as Spring Breakers and Gimme Shelter.
When German magazine Joy suggested she seems like a tough cookie, she admitted there’s one thing that manages to spook her.
“Horror films [scare me]!” she laughed to the publication. “So much! It used to be even worse, but a really creepy film can still chill me to the bone these days.”
One thing she won’t be losing any sleep over is the state of her career.
The pretty brunette lives in the here and now and won’t waste time worrying about what lies in store for her in the future.
“I don’t want to get stressed out for no reason,” she revealed.
“Of course I’m hopeful that I’ll still be working for a while. That’s why I’m always trying out different kinds of roles. Should it come to an end sometime, I’ll have so many amazing memories that I can always carry around with me.”
Vanessa began her career as a Disney star and enjoyed success with High School Musical, where she also met her ex-boyfriend Zac Efron, who she dated between 2005 and 2010.
She might look like a natural, but becoming a star was not something she originally planned.
“At the beginning I was very shy and timid and had very little confidence,” she confessed.
“That only changed over the course of a few years, thanks to all the experiences I had in showbusiness. I became a confident woman, who now does exactly what she wants.” 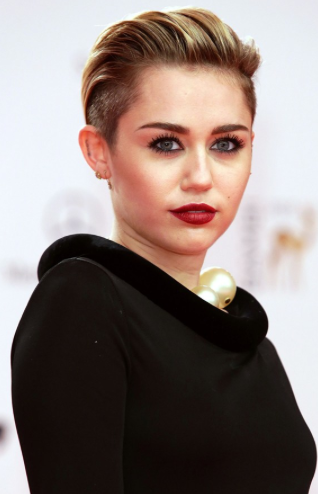 James Ward Byrkit has signed with Alex Manugian to write the screenplay for Paramount’s long-gestating thriller Wake. Wake chronicles the high school life and loves of Janie Hannagan, a teen who has the ability to enter other people’s dreams. This project has been trying to find its form since it was first announced in 2010 that Miley Cyrus would play the lead in the MTV Films-distributed Miley Cyrus New Haircutadaptation of Lisa McMann’s bestselling 2008 novel. Disturbia co-writer Christopher London had been attached to Wake, the first in a young-adult novel trilogy. Lindsay Williams will produce Wake for Gotham and Jodi Zuckerman-Weiner and Cyrus’ production company Hope Town.

The gig marks the second writing collaboration between Byrkit and Manugian. The Rango story co-writer and Manugian, who handled the voice of Spoons in the 2011 animated pic, worked together on the Byrkit-directed Coherence. A winner at last year’s Fantastic Fest, the indie sci-fi thriller was picked up by Oscilloscope Laboratories at AFM in November, with plans to release it theatrically and online this year. Both Byrkit and Manugian are repped by Gotham Group, with Byrkit also repped by Gersh.

"See The Real Me"; a new series that invites girls to show the world who they really are. 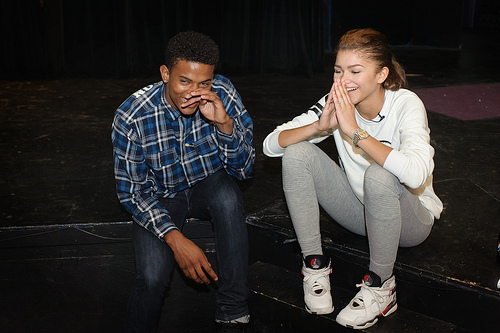 Zendaya has a lot of fans, we’re talking about thousands of Z-Swaggers across the country, so when an entire school finds out that Zendaya is going to be their principal for a day, we’re pretty sure they’d be okay with that!

The students of Sacramento Charter High won the Fall College Challenge given to them by GetSchooled.com, and they were treated to a day of hanging out with Zendaya, as well as a very special guest. When she revealed that she was there with Trevor Jackson, the school went wild. All day long the two visited classes and met with students, it all ended with a school assembly where Zendaya and Trevor took questions and finished things off with a dance!

SAC High also received $5,000, and they were told that they were able to spend it on whatever they’d like. Many of the students agreed that, since a drive for college is what won them this event in the first place, the money should go towards a scholarship. And we totally agree with that decision.

Which Disney Channel stars would you want to become principal of your school for a day? We would love it if Zendaya and Trevor were ours principals, they just have the fun thing nailed down so perfectly!