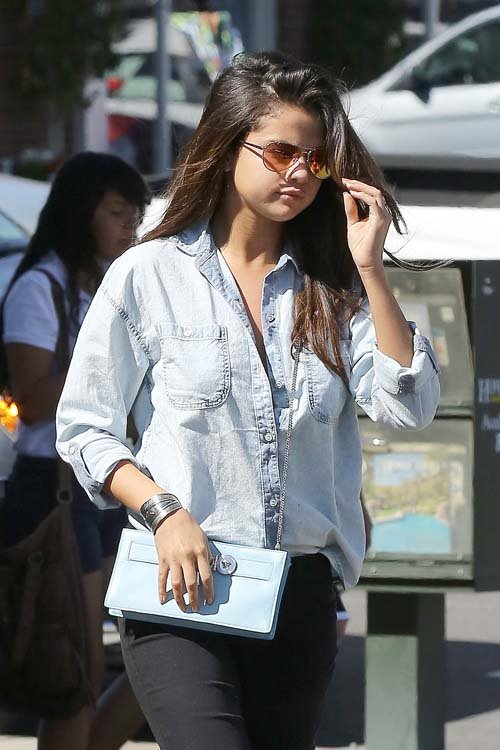 Running out for a quick pick-me-up in North Hollywood, Selena Gomez made a casual appearance at Kabuki on Friday (March 14). 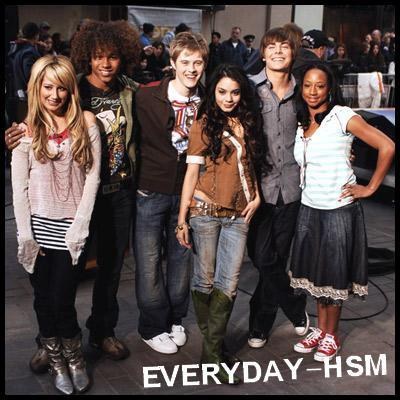 Zac Efron isn't turning his back on his High School Musical past.
While his next movie may be a raunchy comedy, Efron tells me he would "100 percent" do an HSM reunion movie.
"We're all thinking about it," he told me yesterday while promoting said raunchy comedy, Neighbors, at SXSW in Austin.
Oh?
"I continue to see all the guys from High School," Efron said. "Every time we do…there's just this look between us. It's so cool because we never forget a single moment of that experience."

He added that as soon as he does see any of his HSM co-stars, "It brings you right back to those days."
The High School Musical franchise began as a television movie on the Disney Channel in 2006. A sequel premiered the next year followed by a feature film in 2008.
The film's soundtrack was the best-selling album in the U.S. in 2006. In 2012, it was reported that more than 225 million viewers have reportedly watched the three HSMs.
Since HSM ended, Efron has gone on to star in a variety of big screen films, including 17 Again, The Paperboy with Nicole Kidman, Parkland and most recently That Awkward Moment opposite Michael B. Jordan and Miles Teller. 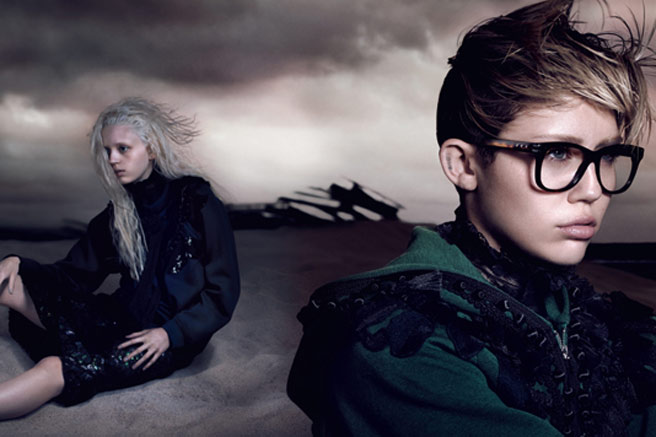 Just when you thought there couldn't be any more Miley news, Marc Jacobs went ahead and released the rest of his spring campaign starring the twerkster. Jacobs, who just unveiled the first images of his new beauty ads starring 64-year-old Jessica Lange and is fresh off a fashion week where he was the first to include It model of the season Kendall Jenner in his runway, gave us a first taste of the Miley ads back in January.

Jacobs made headlines for going with photographer Davids Sims after longtime collaborator Juergen Teller refused to shoot the controversial singer. The ads show a forlorn Cyrus chilling on a gloomy beach in full Marc Jacobs runway. It's what I'd picture the cast of Game of Thrones would look like waking up hungover during spring break 1337.

"CAA has signed actress, recording artist and author Zendaya, whose single “Replay” recently went platinum. She was star of the Disney Channel series Shake It Up and next toplines the Disney Channel original telepic Zapped. She just wrapped an untitled pilot for the network which she is co-producing, and was runner-up on Dancing With The Stars last year. She has also also written her first book, Between You And Me, sharing advice on fashion, friendships and family with her core youth demo. CAA, along with Monster Talent Management and attorney Bill Skrzyniarz, will seek to broaden her base to feature film and other platforms. Disney Channel has been a strong launch point for everyone from Zac Efron to Shia LaBeouf and Selena Gomez." 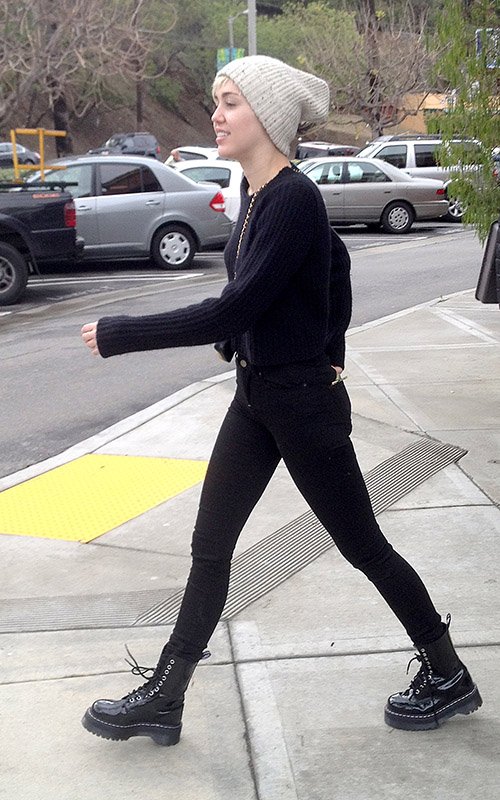 Miley Cyrus shopping at Bed, Bath & Beyond in LA (March 5). 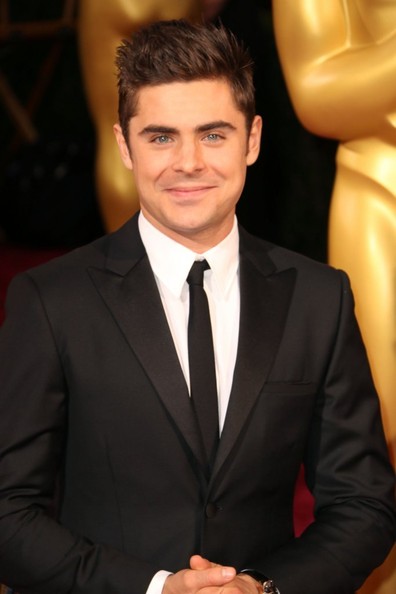 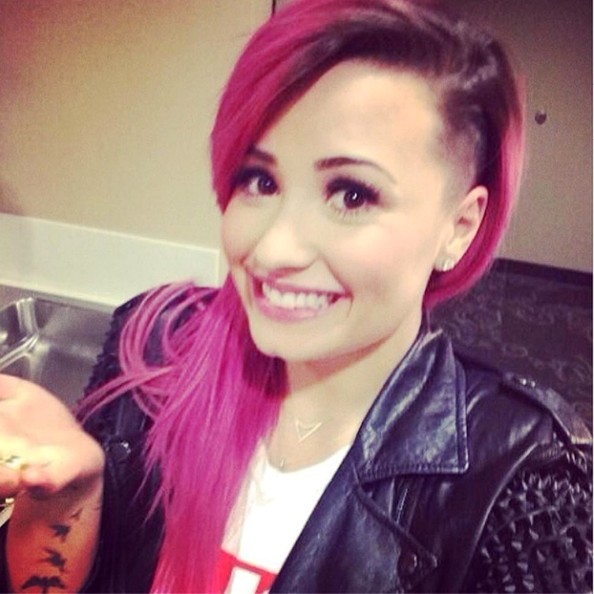 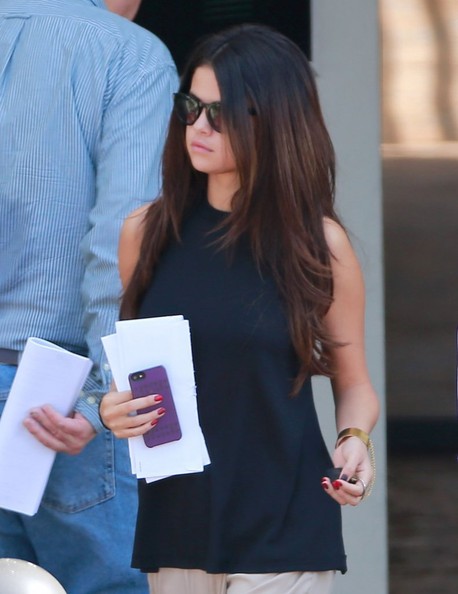 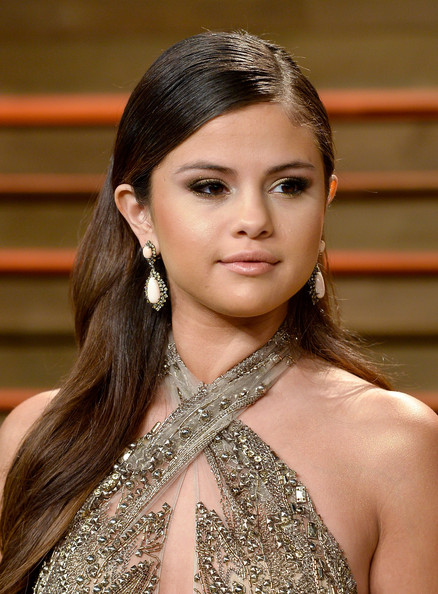 Bella Thorne made the rounds at several Academy Awards celebrations this weekend, attending the Weinstein Company party, In Style's party, the QVC style event, and the LoveGold Cocktail party.

The 16-year-old was recently named as the new face of Neutrogena, and her movie 'Blended' with Adam Sandler and Drew Barrymore hits theaters this spring.

Which one of her looks was your fave?